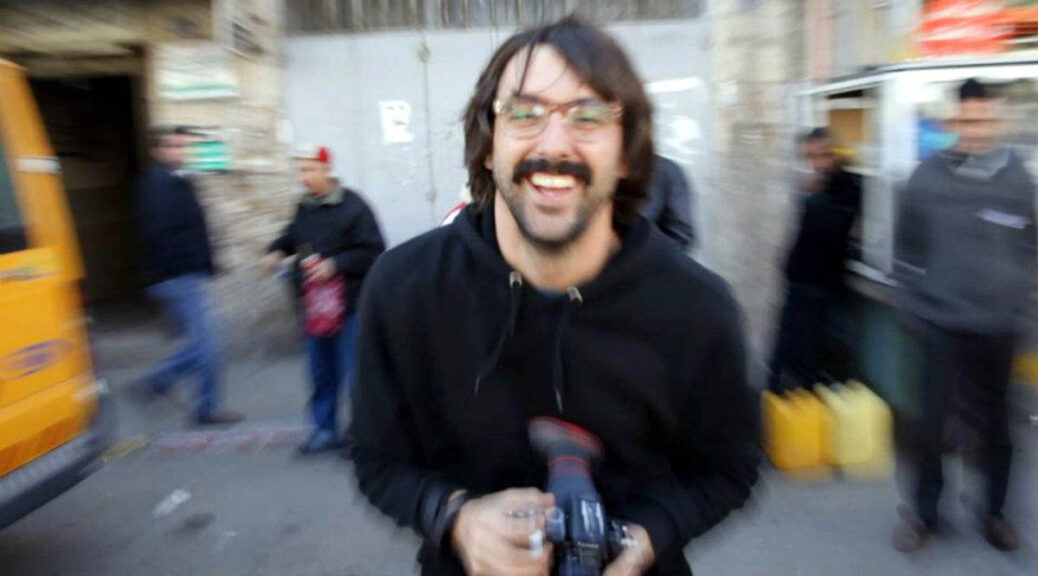 Making films. That’s what I do. However, wherever, with whomever and in whatever position within the team. I’m a filmmaker in the broadest sense of the word: I write, direct, produce, edit, animate and colour correct.

The only thing I’m not good at is music and sound design, I don’t know if it’s because I have too much wax in my ears or a breakdown in ear-brain communication. Luckily, for music we already have Kelvin.

I started writing. I wanted to tell stories and I started to write them down on paper. But I had a problem, some words didn’t come out, I needed them to finish my sentences, to express myself literarily and they didn’t come to my head. I despaired of this fruitless search. You can look up the meaning of a word in the dictionary, but there is no dictionary that looks up the word from a meaning. As I was convinced that storytelling was my thing, I thought that the best thing I could do was to become a scriptwriter. In a screenplay you just have to write what happens and what they say, not look for the most poetic way of expressing it. It was pure narrative, the naked plot. That’s how I started writing screenplays. 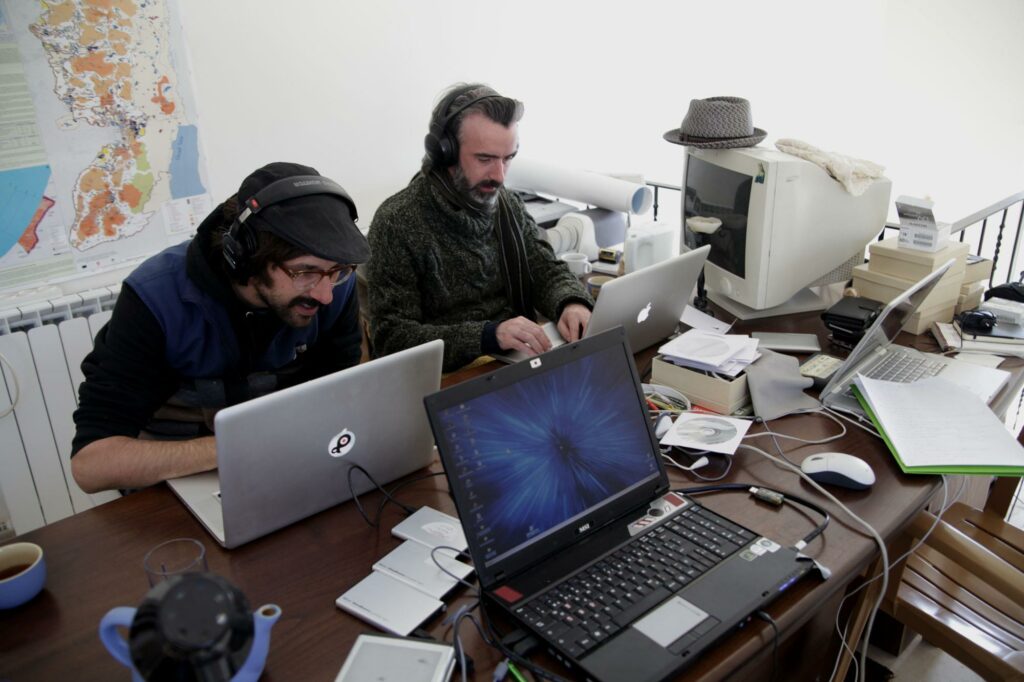 As a consequence, I enrolled in a film school in Barcelona instead of following in my father’s footsteps and studying medicine. There were no screenwriting classes so I went to the directing course. There I met some incredible teachers like Luis Aller, José Luis Guerín and Michel Gaztambide. With the first I discovered a love for film analysis and mise-en-scène, the second taught us to love hidden and sublime corners of the cinematographic spectrum and the third taught us the narrative structures and tricks with which he wrote scripts that you couldn’t stop reading. Those were years of absorption, struggle and first steps in filmmaking and in life.

Then I fell in love. And love took me to Berlin. As I had no idea of German (and not much English), work as a scriptwriter or director was put on hold for the time being. I learned how to use the camera, how to edit and finally how to animate with After Effects. I did internships and worked in many places while making my own works completely without a budget. During this first period I decided to make documentaries, as I thought that to get a satisfactory result in fiction you had to have a lot of money and equipment.

From those years I have the documentary about the survivors of the bombing of Guernica La Voz Visual and the series about the search for a new flatmate in Berlin Meine schöne WG.

Then Paul introduced me to Boris. We drank a few craft beers from Franken and he offered me to go with them to Palestine to film. My wife had recently given birth to our second daughter but I couldn’t pass up this opportunity. This trip was to become the most exciting job (so far) of my life.

In Palestine, I found myself in a land of destruction, a kind of immense prison surrounded by a wall three times as high as Berlin’s. 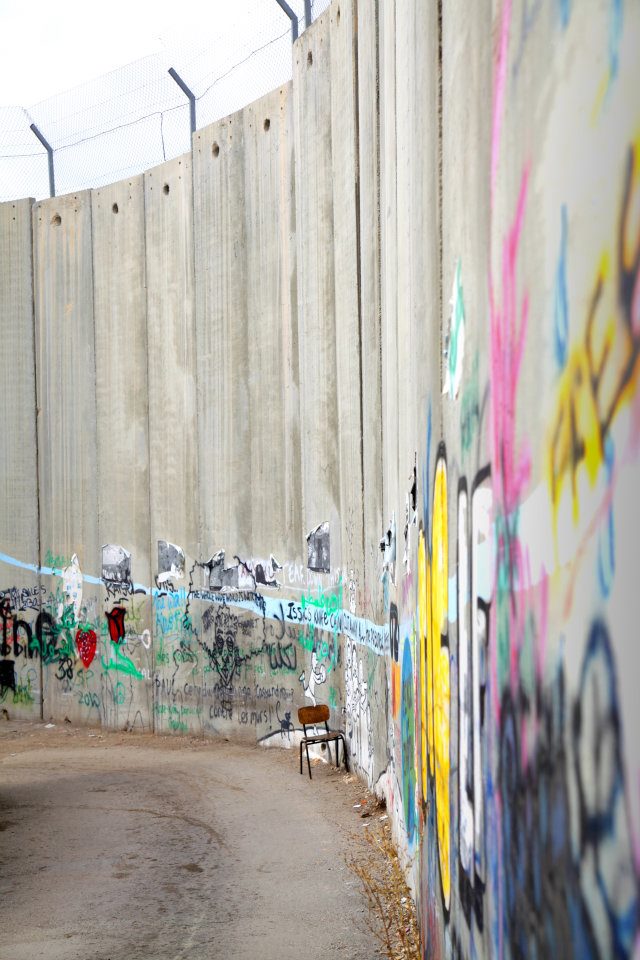 A grey, sunburnt country, guarded by beautiful foreign teenagers armed to the teeth and with a local population who were at the beginning suspicious and distrustful of our mission: what are a Berliner, a Dubliner and a Mallorcan doing in our streets armed with cameras and microphones? 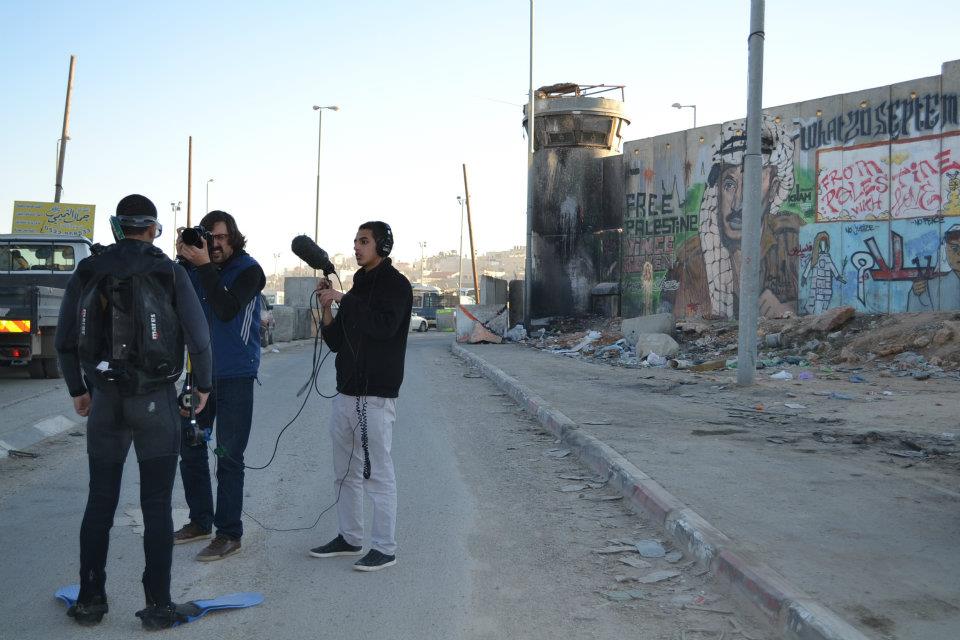 We also met a small group of highly motivated young filmmakers who were eager to fight for their dream of making films. We worked with them on their ideas to make them feasible with our means of production and to get them to let go of their hatred and accusation of the enemy and to look inside themselves to see what they really wanted to tell about themselves.

We produced with them six short films in two weeks that still move me and that I deeply believe represent the Palestine I lived and worked in during that time. They were screened all over the world and won some awards. Thanks to one of them, at the Kratkofil festival in Bosnia Herzegovina, we started a creative relationship of several years where we visited them and made several projects with them.

In the following years we have continued to mentor audiovisual projects with unemployed young people in Berlin, refugees in Brandenburg (2017) and teenagers in Greiz (2019).

At the same time, to pay my bills and have a lot of fun, I’ve been working as a 2D animator for the German public broadcasters RBB and Deutsche Welle. In my Behance you can see some selected graphic and animation works.

And finally I would like to highlight a project I have done with my Spanish and Latin American friends in Berlin, ESimprocine. We have made 12 short films of improvisation cinema with which we have already won many international prizes and we are negotiating with the public television of the Balearic Islands to make a series.

There are more things, but I don’t want this to be an endless text so I’ll leave it here. Let’s work together one day and make films.