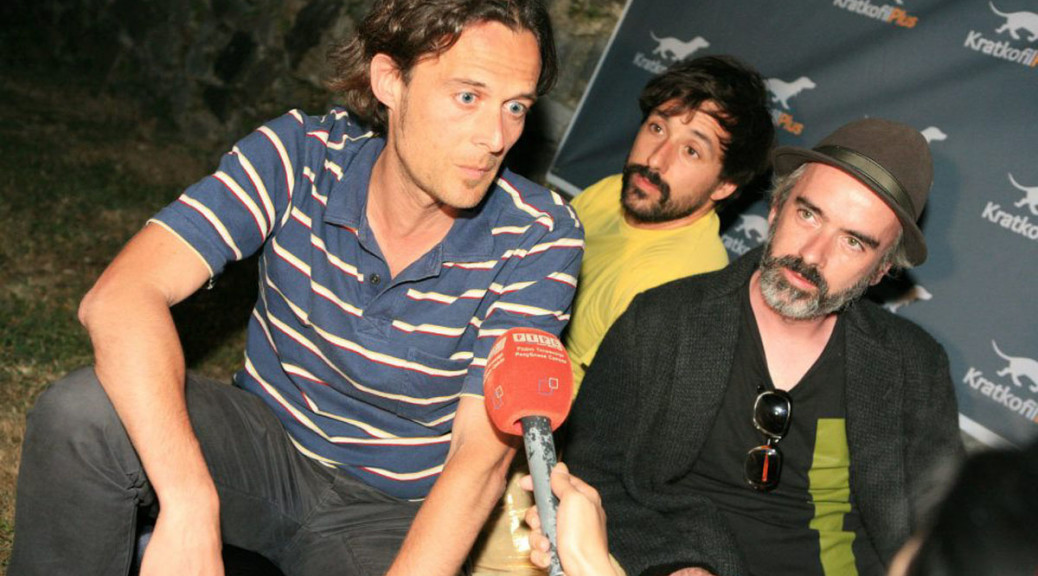 I admit, it’s not that easy to understand what exactly we are doing: A socio-cultural intervention, being a fake jury at an international film festival? „Aren’t you guys just joking? What do you expect us to believe?“ (serbian tv)

Well, that is actually all what it is about: What you should, would or want to believe. There are 3 people from Ireland, Spain and Germany, tellig you they are the jury of this international short film festival in Banja Luka. They have a very complicated new point system, that no one understands and every film has to undergo. These 3 jury members discuss via Facebook channel („almost live“) about all the films in competition in a strange, somehow pseudo-intellectual way. In the end, there’s suddenly a winner from Brazil that was never even discussed before.

There we go – in Serbian tv

It was great fun to sensitise and raise everybody’s awareness about us three and what we are claiming to be. Thank you guys, next year, we might come back with a different project, after you got us now, in the end… 🙂